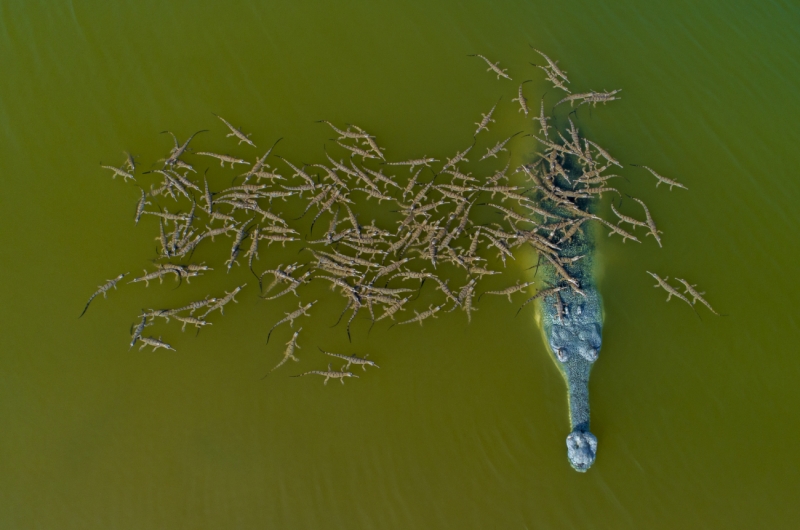 Responsible Dady the Gharial with Babies
by Dhritiman Mukherjee

Gharial (Gavialis gangeticus) Status- Critically Endangered This image was taken at Chambal Wildlife Sanctuary India. Gharials are generally not aggressive. They do not attack. But during the breeding and specially while staying with the hatchling male Gharials become very aggressive, territorial and protective. Male takes the main responsibility of protect the babies. Generally one male mate with 8/9 females and so male alone guards the babies of all females he mates with and all the babies of several females stay together around the male. During this photographic project I spent 4/5 days observing this particular male and I found it was really a supper protective and aggressive if some one comes close to them. The male always stay close to the babies for 24 hours. Some time the babies lay on their fathers back. I was trying to photograph the behaviors of the Gharial from different perspectives. In this case I wanted to get a top angle(to show the situation as a whole) to show the father and babies relation during this time and so I used a DJI Phantom 4 Pro Drone to get this image.