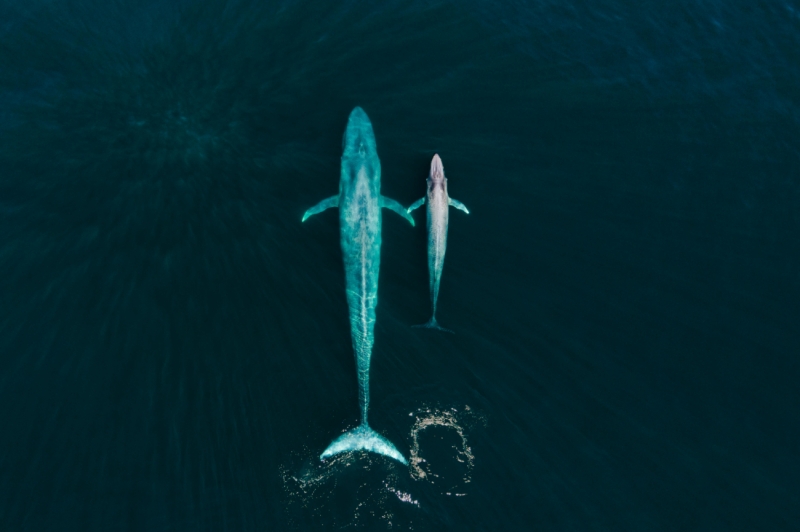 The blue whale is not only the biggest animal on earth but the biggest that has ever existed. During the 20th century thousands of blue whales were killed by both legal and illegal hunting. After such a big drop on their population, and a lot of effort from international organizations, for the first time their population is increasing.