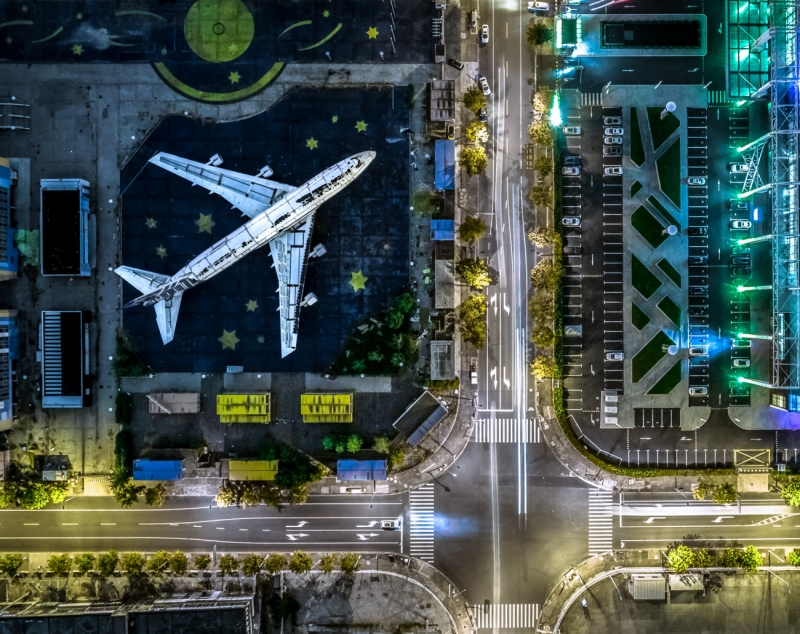 On the former Expo 2010 area a Jumbo Jet was assembled for the Aviator Theme Park, which also closed down. With the help of Boeing engineers who worked for nearly eight months, the plane was dismantled into 2'895 parts, which were shipped to Shanghai in 85 containers. Night shot, shortly before the airplane was dismantled.